-272.29C, this is -522.122F, Celsius & Fahrenheit. This number is the Temperature (which ever mesearement you utilize) at which a living Human Blood freeze. Way to go! Mind’s away imagining that this Temperature could fall on Us All within a glimpse of an Eye. The occurrence, already recorded in the Archeological data’s, would come from the Skies, this part of Existence Human’s have wonder about for Eon’s of Time(s). Human History is recorded in the Star’s, from another Universal View-Point, to Universal Conciousness, Universal Memory its call. In that sense we shall say that Human Beings are Biological recording machines, and Earth 21CE is habited by 8 Billion Human’s All gaining in Momentum Consciousness, 12 Human Generation, 11 Sun Cycle, sharing this Planet, Earth, Tierra, Aarde, Xíngxīng dìqiú, Terre, Jorden, Nchi, Bumi, or Gaea (here), which ever is the word You are using, will have Our attention, the separation from Human to Earth, the Star’s, to this Galaxy & billion’s others, the ‘Uni’Verse and Others, Dimension’s with it, is gently fading.

20 years, a jump away, Paul Laviolette work on the subject is remembered, Paul publication here, thank you to Kerry for the interview, and an acknowledgement; all this is really taking place thanks to Paul works and commitment to Science, dyor here, Humanity is awakening to a changing world. It is clear that Our overall environment is changing. Most say We can’t figure out what and cannot identify why so “We” set up useful models & theories, Our closest ally, Our Star the Sun demands attention and yet none is given, but! Human Intelligent quality to Observe its Environment can save Us All!. The HOB Platform got a little surprise few month ago when the subject of interrupting the SO morning news ‘came to light’. Understandable, Life weight and a decade of commitment from Katherine and Benjamin cannot be questioned, the “giver’s” takes is their Own, and their’s only, so We surrender, the ‘call’ is more than Act(s), it is transcendental to the core, the effects and affects of the change are resented by All, Consciousness speed, but few are enable to transcend ‘Fear(s)’ and set a succession of Acts to prepare, and what better start but to prepare the Mind. Like a training session. SO News provides.

We got to our good common sense and for most of us at the HOB we realize the momentum long enough to adjust, Humanity and the Living, it has been a common subject ever since. A ‘deja vue’, a consequences of self involvement into a Human Community in great demand of attention. Intellectuals, Nomads, Travelers, Drifters, Bohemian’s, all call to the field for studies, demanding task indeed. However, the makers of Suspicious Observers come to realize the importance of their Work, and the attention of a Planetary Community growing by the day, the Alternative Lifestyle becomes a very physical experience for any Human, and its toll is payable in ‘kind’, a by participation, rewarded in attention and ackowledgements of a Human society awaiting for an understanding of their World. If only We knew it all, would the worries vanish. “No Fear”! 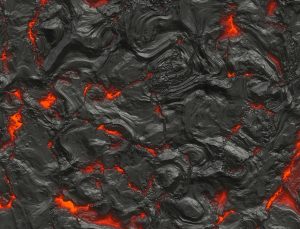 Soon enough, all, ‘say’ mainstream outfits, will mutate to an ‘Alternative Universalis’ (understand alternative here as “Free” to jump from 1 methodology of reflection to another, like alternative current), hard not to reconciliate Defference(s) & Similaritie(s) when ‘the’ Universe, say Cosmos Magnetism is at Work. From Home, Earth, the prem’s and early signs are here to see, and yes right again, this Cosmo-Magnetic Morph will make rocket shooting and satellite blasting more questionable, to follow, the reliability of our NEA & NEO (Human batteries of Sattelites) is tested, and as soon as We will witness these fleets of satellite falls to Earth, We will be noticed that the “Galactive” Active Wave is impacting Earth. Anything from Ray’s Rains to total reorganization of Matter, the ‘glue’ that links it all together is ‘metaprophing’ in nature, it change, transforming, to be back to its original state or not, those are plausible things that We know occur, surprising? maybe. Or to something entirely different. In a blink of an eye. 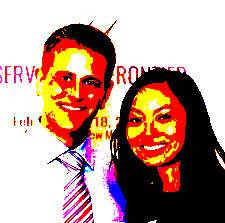 Slow now, that quality of information is to be given time, layman term “to be digested”, accepted. Adapted!?! Soon now, no Human Being will abide by ‘social survival modes of obligation’. And by this we mean all survival systems involve, Mental, Emotional, Physical, Cognitive, are being awaken to detect, down to the Atom, when their environment, Human or Natural, the will and attempt to take advantage of the change and unfold Physical reality, likely will bring along experiences diligently recorded in Consciousness by Human Beings, for the taking of what makes this Earth, Attention & Consciousness. 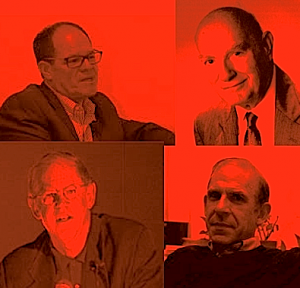 Solar System, Star, Galaxy, Cosmos, ESA, JAX, NASA, RSA, CSA, ISA, James Web, Kepler, SOHO, LASCO, Hubble, AMOC, S.A.A., Arianne program, Space X program, Blue program, Jet Stream, South Atlantic anomaly, LVZ, excursion, Novae, Star Dust, Space Water, Magneto-reception, Ionosphere, Exo Sphere, Helios Sphere…. Like ‘Gekko’ himself would say, “I think maybe only 70 people in the world know them all”. Terminology is the strength of any dialectic. Not far in Time(s) from now, the Common will search for well curated information about these Natural events. Of course Our ‘very’ small existential dimension will receive its toll on the late, it will give Us a moment to Observe and Adapt once more, adaptation by observation, what can be more transcendental than that.

Very much like the Platform search for Consciousness, Inspiration demands the same form of attention, from what makes it to where it’s from, and it’s counterpart, ‘Influence’, beware of the ‘bad’ side of influence, and in this Suspicious Observers will help you to aggregate well sourced information’s for you to learn and better understand what this momentum is about. From Earth, Celestial Influences are becoming a reality of everyday. Acceptance Works both way the same, for and against expectations, but when Inspiration kicks in, and dissolves all convictions, those call for the task must answer, a call beyond understanding, but not unknown.