It is a common believe that Human Excess are only those of illicit or ‘forbidden’ products and substances. It work as well with Habits, Human Habits that is and carry on nothing Physical, it is instead ‘the ways of the Human Mind’ to assert and very often abuse others for a better ‘Feeling’ of simply a little more comfort. The forms of Human Society Excess comes to All and only relying on Self Discipline can, most of the time, be insufficient in the consideration of a Human Social Environment always on the look for more. In Mind indeed, when the first thing that comes to it is Food and Alchool consumption, half a decade ago DAD (Phd David A. Dawson) publish ‘Pummeled to Death by Hamburger’, order here, a reminder if anything that Habits are everything and We should all look closer. But is it not the only pathway of it, Excess is a deep and untapped subject, and in many ways none have the interests to look into it, what maybe found would demand to reshape Humanity entirely. Is this a mandatory pathway! Or can We use Our Intelligence to foresee and overcome Our lost Common challenges. In the end, Excess and Depletion goes hands in hands with one another, has the depletion form demands, demands to excess, and excess to depletion. To close 20 years of H,W&W the HOB look into the case. From afar and with restrain. Closing RAW’s, Winter 2021/2022. Human Excess.

1 [singular] : an amount that is more than the usual or necessary amount

2 a [noncount] : behavior that is considered wrong because it goes beyond what is usual, normal, or proper

b excesses [plural] : actions or ways of behaving that go beyond what is usual or proper

: more than is usual, normal, or proper 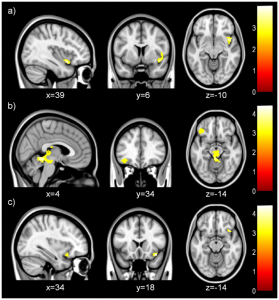 The question reads obviously and beyond discomfort. Re-read it, let it sink, mature it, nurture it, and await for the question over that question. MD’s talks. Rhetorical at best. The Nature of Life itself is in question. Can One like living too much? Is frustration better, cause of all depressive states. for NASA, the answer is set in 9 point, the first and most obvious, We, Human’s of Earth, can take deep breath (will see about the cleansing) /cj;

1. We can take deep, cleansing breaths – Known as the Red Planet because of the rust particles in its soil that give it a reddish hue, Mars has always fascinated the human mind. What would it be like to live on this not-so-distant world, many have wondered? One day, astronauts will find out. But we know already that living there would require some major adjustments. No longer would we be able to take long, deep breaths of nitrogen- and oxygen-rich air while a gentle spring breeze grazes the skin. Without a spacesuit providing essential life support, humans would have to inhale carbon dioxide, a toxic gas we typically exhale as a waste product. On top of that, the thin Martian atmosphere (100 times thinner than Earth’s) and lack of a global magnetic field would leave us vulnerable to harmful radiation that damages cells and DNA; the low gravity (38% of Earth’s) would weaken our bones. Besides the hardships our bodies would endure, it would simply be less fun to live on Mars.// all here //

The dilemma of desire – docu

Here again the read is easy at first. On that one, Human, Female, male, Women, Men, Sentient Being of all, are challenge from the very early years of Consciousness, in many ways we can say that Males are still under the load of ‘Patriarchal de-phylosophication misseducation’, hendreds of thousands of years of Emotion solely and willingly directed toward one way of Being, as man. But in the end, Women pay the toll, and the cost is in the absolute of consequences, Children of Earth, base and foundation of this Humanity, Women however not granted the ability to participate in how We, Humanity, foresee this World, are ask nevertheless to lift Consciousness out of each and every Human Child Born, or to Be Born on this Earth. So what to say about a World of Human in total disregard to its Feminine Existence. And the ‘dilema’ happen early in Life, Women Consciousness, Women Emotion, Women Experience. Deborah Tolman lay it down the way it is in her publication ‘Dilemmas of Desire’;

Be sexy but not sexual. Don’t be a prude but don’t be a slut. These are the cultural messages that barrage teenage girls. In movies and magazines, in music and advice columns, girls are portrayed as the object or the victim of someone else’s desire—but virtually never as someone with acceptable sexual feelings of her own. What teenage girls make of these contradictory messages, and what they make of their awakening sexuality—so distant from and yet so susceptible to cultural stereotypes—emerges for the first time in frank and complex fashion in Deborah Tolman’s Dilemmas of Desire.

A unique look into the world of adolescent sexuality, this book offers an intimate and often disturbing, sometimes inspiring, picture of how teenage girls experience, understand, and respond to their sexual feelings, and of how society mediates, shapes, and distorts this experience. In extensive interviews, we listen as actual adolescent girls—both urban and suburban—speak candidly of their curiosity and confusion, their pleasure and disappointment, their fears, defiance, or capitulation in the face of a seemingly imperishable double standard that smiles upon burgeoning sexuality in boys yet frowns, even panics, at its equivalent in girls.

As a vivid evocation of girls negotiating some of the most vexing issues of adolescence, and as a thoughtful, richly informed examination of the dilemmas these girls face, this readable and revealing book begins the critical work of understanding the sexuality of young women in all its personal, social, and emotional significance.// continue here // 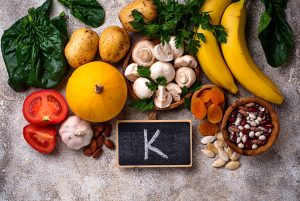 According to Daniel Goleman , an American psychologist who helped to popularize emotional intelligence, there are five key elements to it: Self-awareness, Self-regulation, Motivation, Empathy, and Social skills. It fall short in the face of the billion’s of experiences each and every Human experience each and everyday of their Existence. Tired of sub-division, classifications.

Children develop their ability to recognise and name emotions through plenty of practice. It’s easier for children to practise through play, when they’re relaxed, or before their emotions get too intense.

Here are some ways you can help your child practise recognising and naming emotions:

Is knowledge a handicap to Act(s), or is it something else at Work here?

The Author, Kotchoubey B, takes Us into a journey and invite Us to use basics of antropology to better disregards their attribute and leave space for the Brain to process the idea of what it is to Be Conscious;

“Consciousness is not a process in the brain but a kind of behavior that, of course, is controlled by the brain like any other behavior. Human consciousness emerges on the interface between three components of animal behavior: communication, play, and the use of tools. These three components interact on the basis of anticipatory behavioral control, which is common for all complex forms of animal life. All three do not exclusively distinguish our close relatives, i.e., primates, but are broadly presented among various species of mammals, birds, and even cephalopods; however, their particular combination in humans is unique. The interaction between communication and play yields symbolic games, most importantly language; the interaction between symbols and tools results in human praxis. Taken together, this gives rise to a mechanism that allows a creature, instead of performing controlling actions overtly, to play forward the corresponding behavioral options in a “second reality” of objectively (by means of tools) grounded symbolic systems. The theory possesses the following properties:”

Did not digest yet, that is just as well. The Author go on and reach the very Intention and take away Our attention/

“Therefore, speaking about “human awareness,” we do not mean that humans are in this state all the time. This would be a catastrophic vast of resources that the Mother Nature never could afford. Again, this does not mean that otherwise we behave “unconsciously.” We just interact with our environment, we are engaged in our world. As Heidegger (1963) showed, this engagement is beyond the dichotomy of conscious vs. unconscious. We live in this engagement and experience it, and in this sense, we are conscious (Kadar and Effken, 1994), but we do not consciously think. We are just there (Heidegger, 1963; Clark, 1997).

This “ordinary state” of human existence can, of course, be compared with animal consciousness. We are thrown in our Lebenswelt like animals are thrown in theirs. However, our world is not theirs. The world in which we are engaged even without exerting conscious control is a social and instrumental world, i.e., it is already built up of those elements (tools, communication, symbolic games) which gave rise our conscious behavior. Many important differences between humans and apes result from the differences in their environment (Boesch, 2006). Most of our activity is automatic, like in animals, but these automatisms differ in both design and content (e.g., Bargh and Chartrand, 1999). Our existential reality is cultural, and so are our automatisms. Whitehead, who claimed that “civilization advances by extending the number of operations which we can perform without thinking” (Whitehead, 1911, p. 61), illustrated this idea not with automatic catching or grasping, but with automatized operations of experienced mathematicians over algebraic symbols. This automatization is hardly attainable even for very clever apes.” // read here // 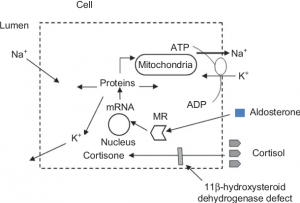 Earth 2022. Misinterpretation is rampant and retain attention. Sociometric, the Science which study and measure interpersonal relationships in a group of people, has no theory or words to explain where the Present momentum comes from and where it will leads Humanity. The constant here is ‘tension’, Humanity under constant tensions, aches of All to Be living in a semi-conscious state.

Can We adjust to Our very Nature? Is excess a part of the Human experience? Or is it the Reason(s) that demand Self Discipline, disciple of Self. What comes to Mind is goodness and how happy the excess of Life for which no responsibility abides makes Us feel. True for the opposite, and how so many suffer the excess of others. The case of a Conscious Co-creation is real, and demand attention.

the HOB H,W&W will be focusing on WeTreat and its application “manud”. So many subject demand Our attention these days. And Attention to Self is that of which all Our attention, individual or Common should be focus on each and everyday, starting by how We Feel about Oursleves. In the end what to wish for but to see in the Eyes of this Humanity Youth the compassion of a Child, let us know that this future is theirs. Isn’t that consciousness.