Of all things, commodities and raw-materials are the center of attention when it comes to build a living environment for Humanity which would offer both, the advantage of Nature and the comfort and safety of Civilization. Easy you say!?!, who are you to set rules that you have the required consciousness to assess the need and demands of Human Civilization .1 we answer. All who have attempted to challenge it have failed, so we ‘worship’ old structures, think ‘futuristic’, claim infrastructure will be made and develop to sooth Our demands and provide with the required Social Environment to ‘rise’ this Humanity to escape velocity. None of it is factual, and all of it is base on revenues, not for the consideration of quality living or sustainable habitat. Urbanism have become a tool to glorify some well born Architect (or not) and promote forever bigger investment, all in the detriment of Humanity. Earth 2022, Your living Environment is everything, and paying attention to the function of Urbanism is now an absolute requirement. Let’s see! 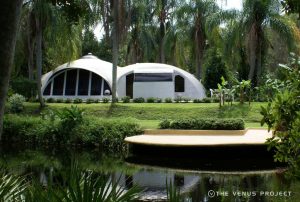 Too aware to commit to total destruction and too dumb to Live. So We Survive. From a Day, to A Day, to a night, hundred of thousands of year of sedentarisation and its realization of its limitation, non-sedentary Lifestyles are blossoming all over this Planet. “Human Engineering” forget social engineering, Un-Conscious and idiotically instinctive Intelligence, survival, Humanity flow into its Future(s) solidly anchored in it’s Past. Archaic but not Obsolete. Archaic, a word no One like to be associated with, not in this part of the 21CE. The choices of vocabulary which naturally flow from the ‘perception’ of this Reality, comes from the chosen way of solving problems and its applications, one single answer for all, only to better shape opposition in a post globalization world and drafting consensus one after another, just to better ignore them. Whatever! Urbanization .21CE must escape from this obligation, Water as a leverage for Intelligent Urbanism! too many Grey Water’s not enough clear water, Metric ton cemented deals, too much or not enough space, ‘mercantile shelter’s profits, accessibility Vs availability and who says, disrupting noises. One set-up fits All, the Family Consciousness still runs strong in Human’s, the acknowledgement of the Individual, the You inheriting billion of years of Universal continuum, You standing here today is the observable proof of these words, and Universal Consciousness start simple by being aware of it. The Human Familly and its attention to Individuality, that which separates Us from the Herd, is both demanding and safe, Humanity have sheltered itself from this Planet, not by choice, an expression of Humanity Evolution at most, but a ‘Game’ (yes that ‘Game’ shit is everywhere) changer all over sociometrics, values, cultures and all! 8 Billion Soul’s expressing their Self, the Indivisible Individual, Human and craving for acknowledgment!

Talking about an environment which must reflects its On-Habitant, Human Beings & Earth Fauna and Flora in this case, we say @the HOB that Urbanism, worldwide, falls short in reflection of Humanity consciousness and its ability to Feel the quality of their living space. Forget Architecture, Construction Co.’s, Lanscaper’s. Urbanism and its comfort magnifying lenses did not only ‘”Planning” and drown’ over again in the politics of things, Earth 21CE Urbanization have difficulties taking the turn toward a common conscious, express from Human Beings worldwide on a quality living on Planetary basis.

This last Offgrid paper is about just that. The HOB I.O.C.P. – One Last RAW Publication – WIN21/22 – Lovin your Urbanity.

The Creative Collective is stuck!, no Vision!, Space and related dimensions works this way, Consciousness first, the Dream of a Vision, Lucid Hallucination, and a Behavioral Classification that re-invents itself on demand. Stuck! An accumulated 11 Human Cultural Generation inhabit Earth today, and none is looking to make anything worse, choosing not to participate anymore has become the mojo of billion, just an inch more Conscious and “Conscious Neutrality” takes over. A Planet of Human in wait of a good ‘reason’ to foresee the way We live, living and Life. But Imagination resume it better. Humanity entered the 21CE Century with expectations. Defiance?! And no Imagination, hence the urge to Co-Create. Forge of what ‘the’ Future will be. The reflection of ‘world’s’ who will never materialize is factual and its influences reach in all that is made, all constructions considered over the span of Humanity have overcome the Work of Time(s), ‘humanity civilization’ rise, so far We are still here We’ve been on the Rise for Eon’s and there is no reason why Human Civilization should vanish. Currency (which ever one use to acquire goods, and people) have made the subject of Human Living quality a ‘looped’ environments, open Nature and true challenge, something between managing the decay and de-optimizing future living.

A smell of cologne and hair wax!

The ‘World’ did not build itself. However, for the majority of Human alive today, the Art of building have at most being experienced by walking in front of a construction site, Urban, Suburban or Rural doesn’t matter, and the Common Nostalgia is Human’s memory trigger point, when a specific Sun ray fall on an object remembering Us Our Past, when the shape of a Door remind Us a Home We once live in, and the scents and smells of hand working Human’s who have participated in the construction of what has become Humanity pride, Human Cities and their ‘Urbanisation’.

So We claim progress, with the same ideas and reproduce again and again living standard no longer serving Human Being’s. escape Velocity if that is the closing subject, will be attain in full and invite all Human living habits to morph to another way of life, Self Centered, among open space floor, and with a prime interest for understanding. Time(s) is to become Human’s best friend. 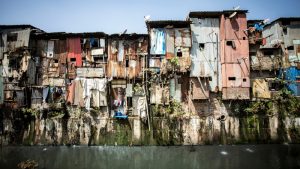 Is existence an organic experience for a Universal Memory?

Private project to get Him and his partners rich/

Why would you not rejoice that mainstream become your view point//

Why would you not rejoice that your view point become mainstream

The ‘human game’ adb Nash, ID Ego Super Ego as define by Freuds or ‘The Sublime’ as define by Bakhtiar, leave very little doubt about the “nature”, not the Reason(s), of what the World of Human demand to Transcend, and Human Habtat is on the top of the list. Problem is, the common system on which the ‘construction & building’ ecosystem is functioning on offer nothing (0) to the demand of 21CE living. The trade of chemical concrete and other radiant construction material have become poison to Us human, so after denunciation, retribution, like Tree’s in a sloppy field, organized by height providing an information on which Tree was first to take roots, feeding on each other for sake of acknowledgement, and way outside the boundaries of Nature, it appears that Human’s don’t belong to this Planet, not in the figurative, the idea is base on what everyone nowadays refer to as “escape velocity”, a state between states, a separation so lineal with the natural environments of Planet Earth that the consideration of using the term for that specific ‘momentum’ is found to be appropriate, it describe perfectly with Emotion the Act(s) itself (Saphir & Whorf). A Humanity of 8 Billion Individuals fit for change, or not? ‘Is it Life or is it mimezine?’, ‘drugstore handicap’ without the “bet”? the ‘Conscious Neutrality’ momentum is taking Humanity to a stand-still. What does not make it better (Life, Living …), just doesn’t makes it, remaining simple is key, difficult task to do so just considering the heavy burden ‘of a’ Human Past(s) We all carry very unwillingly, this is when Evolution rage its Will on Human Civilization, to Transcend this State of Being and enter new Dimension of Perceptions, the Age of the Synesthete. Adapt as simple as it may be in a .0 Civilization demand vast resources hence the HOB Platform to develop the Offset Resources Based Economy – ORBE – (O.R.B.E. #ORBE), promoting an extensive grow in Consciousness, for the entire Humanity Organism to Be, and able to reach the so call ‘escape velocity’ in the principle that Transcendence is to be achieve purposely and in a unified fashion. 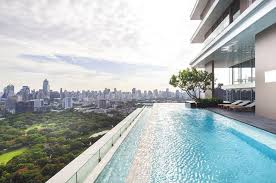 With the help on ‘the’ Mind, Human’s actively trick everything else, a diversion if you like, Senses included, unto a point that We train Ourselves, the Soul Spirit & Body of the Self, to forget. And again. And again, so much so that Our most Sincere Emotion’s, becoming survival tools, can rig the entire Social fabric of Human societies. And in the wake of what a Planetary Civilization communication system have as effects and affects on this Humanity (Childs in a candy shop), perceptions change and so Our day to day lives, habits included, and Consciousness first is becoming the base of all things. So, not that the HOB want to build a perfect h+ movie list, but if we wanted to (say we do), it would include nothing from the past, only few chosen pieces really and very recent one with that (nope, no Oldies here, forget 84, its 94 that matter most), this TransHuman Film list would be made of ‘Exploited’, ‘the Obscure Life of the Grand Duke of Corsica’, ‘After Yang’, ‘Adventure in Success’, ‘warning’ & ‘KIMY’, and yes ‘the Card Counter’ would likely be on the top of that list, Transcendence is All in Humanity, and its all Human. Poor in special effects? Transhumanism have little to do with ‘effects’ and there is nothing ’special’ in the interest of Living, and Life extension itself. Needless to say that Life offers enough existential risk not to give in the (sorry#) “social bull shit” of the past momentum based on a novel written by bored Humans anytime from 100 year ago till very recently. The realization of Transhumanism is that of its Time(s), Consciousness first.